In this episode of Off The Page with Lage Raho Munna Bhai, Munna and Circuit relive the fantasy that it would be to be immortal in the country, just like Bapu, when Lucky Singh gets them arrested. The cast then reveals the story behind shooting that scene, and also the infamous 'Dry Day' line.
Off The Page is a script reading of iconic films by the original cast. This month, on the 150th birth anniversary of Mahatma Gandhi, Film Companion is pleased to bring back members of the cast of Lage Raho Munna Bhai for a special reading of the script of this iconic film and a conversation around the ideas, stories and events that went into its making.
New Episodes release every Tuesday, Thursday and Saturday.
Do Like, Share, Comment & Subscribe to our channel.
Subscribe: bit.ly/FCsubscribe
Follow Us On:
filmcompanion
filmcompanion
filmcompanion
The Film Companion is a web channel intended to promote Indian cinema through films review, interviews, discussions, video essays and analytical compilations. It is intended primarily for the purpose of encouraging informed discussions, criticism and review of cinema and towards such purpose the programs use short extracts of cinematograph films, sounds recording and photographic works. These clips and extracts are of a minimal nature and the use is not intended to interfere in any manner with their commercial exploitation of the compete work by the owners of the copyright. The use of works are in compliance with the fair dealing exception provided under Sec. 52 of the Copyright Act, and we asset our use of the works under the exception provided for criticism and review. 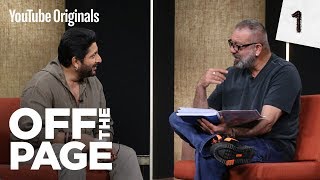 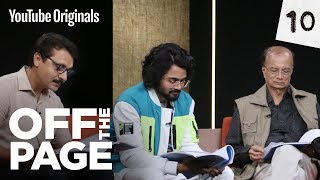 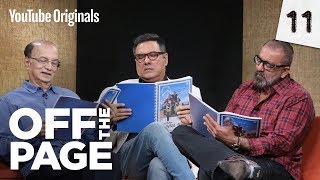 Getting the words off the page: an insight into vocabulary

Off The Page with Lage Raho Munna Bhai | Coming Soon

Off The Page - Robert McLaughlin

'Off the Page' Vanishing Points

Off The Page with Lage Raho Munna Bhai | Official Trailer